A downloadable Illegal Exploration for Windows and Linux

Dive past the dark chambers and the abandoned machines

Dive past the forgotten legacy and the lifeless beams

Dive to the bottom of the Abyss..

Heavens Below is intended to be an weird atmospheric exploration story, with a blend of pixel art graphic and post rock music.

the core gameplay is kinda a crossbred between metroidvania, irritating stick, and moonlander..

control your ship, avoid walls and obstacles, collect items, open doors, survive and reach the bottom of the abyss.

control your goldfish minisub with ← → ↑ ↓

use [escape] to pause your journey and take a break..

collect item to repair your hull and energy

and... there are 2 possible ending with cutscenes

Heavens Below is an in-development game, or you could call it a prototype game..
some gameplay features and elements still unbalanced and might be changed, added, or cut in the future..
give us feedbacks and supports so we can make a more devious game..

-tweaked some sprites and effects

-tweaked some story and narratives (still engrish though)

Why not linux64 bit version ? It sucks on distro that doesn't support multilib. multilib in linux can be nightmare. Even Mac OS didn't support 32 bit stuff

so i really can't save any progress huh TvT

Musically aesthetic and strangly relaxing. The learning curve is right where it should be and the controls are responsive and fair. The underwater atmosphere makes for a great playground. I am interested to see if the opening story has any merit on the game itslef.

A great way to kill an hour or two!

The Mac/OSX version isn't working for me. It downloads fine but won't play when I hit "launch" in Itch, nor when I go directly to the folder and try opening it.

On itch, hitting "Launch" sometimes throws the error "JSON-RPC conversation cancelled"; other times it just says "running" as if it opened successfully but the game never opens.

Opening it directly (by going into the folder where it's kept and double clicking), I get the message "You can't open the application "heavensbelow" because it may be damaged or incomplete."

Has anyone else had an issue like this? Is there an easy fix?

I thought the game was pretty interesting. I really loved the music in the game. The game was okay, not sure if it gets a little more complicated as it goes on, but I love the concept thus far. I hope there is more to come of this game. I showcased this on Indie Game Showcase Season 2 Wave 1.

When trying to launch via terminal it shows and error message: error while loading shared libraries: libgconf-2.so.4: cannot open shared object file: No such file or directory.

It's sad because the game looks really good. Will try on windows later.

I tried to run the Linux version, but nothing happened.

I'm using the latest Manjaro Linux and the latest (25.4.0) version of the Itch.io program. I downloaded it from the website and installed manually, because the verison from AUR is outdated and Linux users have to install manually the newer versions. Some (a very few, to be honest) games runs fine.

So I look at the files and find out there is a file called "heavensbelow" and it is 74.8 megabyte. That supposed to be the executable, right? I try to manually set it executable (I thought maybe that is the problem, because I run into this with some Itch.io Linux games.) Turned out I can't set it to executable.

So I grab a hexa editor and opened the file, and turned out the file contains NOTHING just zeros! So the file that the Itch.io program installs is corrupted. Not the first time this happened! There are a few games that is impossible to play on Linux because of this!

But the strangest thing is, when I download the compressed file from a web browser and unpack it, they are contains the working executable file.

Oh, and it would be very nice to mention in the game description or somewhere, those  who-knows-what-and-never-ever-used-by-anything-else libraries, that we Linux users have to compile and install just to able to run the game.
I can't understand why those libraries are NEVER included in any Linux game, or at least mentioned in the games description what we, Linux users, need to install before we can run the games...

Static linking come with cons, big size. But it can be tolerated for 32 bit apps

Hey this game looks awesome by first glance but i cant open in ;( help?

Hello! I'm here to help!
Which build are you downloading? mac? win? linux?

Hi thank you! i downloaded the window's build

What a great little game. The graphics are great. Controls are good and the audio is just well. Brilliant. Thank you

Woah, I'm glad that someone is still playing our game!

Thank you for your feedback and appreciation!

Thank you. I will keep an eye on future upcomings and will play Heavens Below again. I want to try and complete the game.

Hi, I was wondering if there will be a future update where you could change the .rar files to .zip files instead? It will make it a lot easier to download.

hello, I understand your concern about the file extension. for that I will upload the zip version for the windows build asap!

Hello had tried to download the game but the file won't come through on this one game?What do i do is this a problem with the download or something else

hello, sorry for the inconvenience..which file did you downloaded?
Heavens Below v0.3 BETA win64.rar?

hmm.. have ever try download a game in itch.io before? perharps you can try using another browser?

im not sure about the problem you had..
but maybe this will helps.. :D
http://imgur.com/a/mrHUr

hopefully this one works..

I just started to play. but this firsts 10 minutes I am already in love

hello david!
thank you for enjoying our little short game!
hopefully we could develop it into something better in the future, please do keep in touch!

Whoa! Dank you for playing our game!

While i could say that this game is far from being perfect, polished, and finished, i'm really glad that you could enjoy it!

Someday, I hope you can reach the bottom of the abbys, and please do keep in touch!

Hi! Well where to start? Three words to describe this game: frustrating, annoying and awesome ! I had never thought that this game was also difficult ! But at the end I really enjoyed it and the soundtrack is great! So congratulations and thank you for this game! Now I need a good night's sleep ! xD

Here is my gameplay: 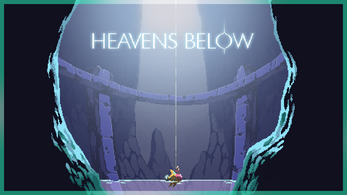 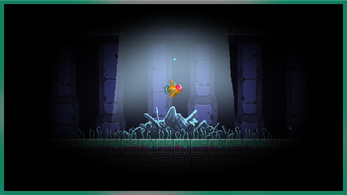 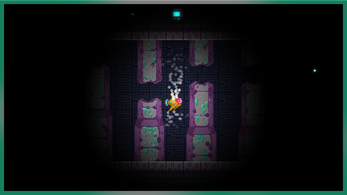 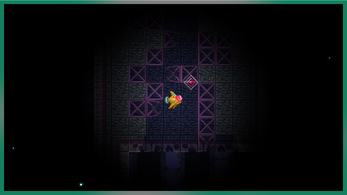 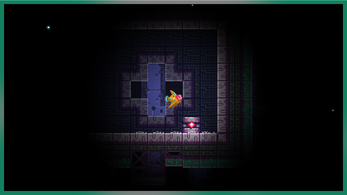 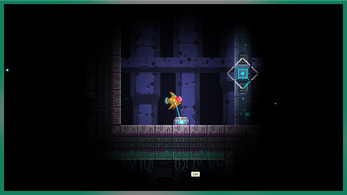 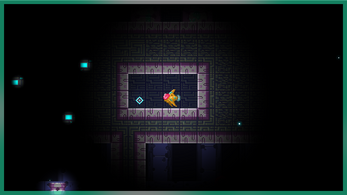